Women of the North is a blog about the women who have shaped the history of North Queensland. It looks at the fascinating, resilient, remarkable women – the well-known and the unknown – who have called North Queensland home. The blog is administered by Trisha Fielding.

About the blog administrator: Trisha Fielding is a professional historian and writer whose published works include the books Neither Mischievous nor Meddlesome: the Remarkable Lives of North Queensland’s Independent Midwives 1890-1940 (2019), Queen City of the North: a history of Townsville (2016), Flinders Street, Townsville: a Pictorial History (2010) and the history blogs North Queensland History and Women of the North. She has written more than 120 historical articles for the Townsville Bulletin and has presented guest lectures, talks and workshops for State Library of Queensland, Museum of Tropical Queensland, JCU, City Libraries and Queensland Writers Centre. In 2015, Trisha was awarded the John Oxley Library Award in recognition of her ongoing contribution to sharing the history of North Queensland. She holds a Master of History degree from the University of New England and a Bachelor of Arts with Distinction (majoring in History and Journalism) from the University of Southern Queensland.

In 2019, Trisha was commissioned by James Cook University to write a commemorative volume to celebrate its 50th anniversary, which was published in 2021. Trisha also contributed nine written works for JCU Library’s landmark 2020 exhibition: 50 Treasures: Celebrating 50 Years of James Cook University. Her latest book – Asleep in the Deep: a love lost on the SS Yongala – is due for publication by the Townsville Museum and Historical Society in 2022. 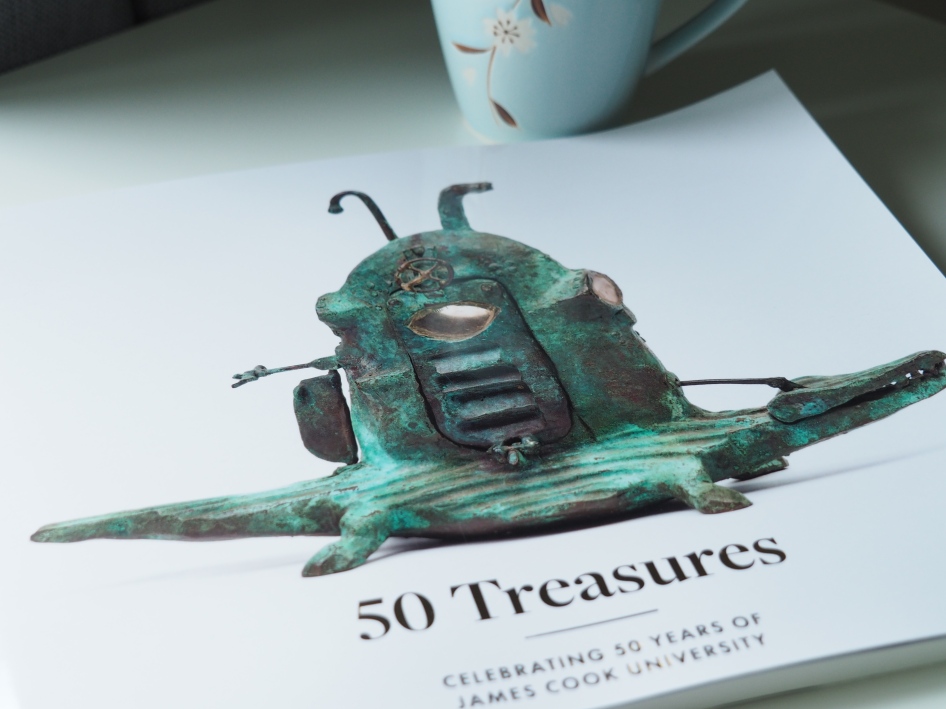 This image is Copyright Trisha Fielding