Jean Devanny was an author, political activist, feminist, socialist, and amateur naturalist (and a whole lot more besides). She was born in New Zealand in 1894 and migrated to Australia with her husband and children in 1929. A member of the Communist Party, she was very active in the labour movement and often spoke at public rallies and meetings. 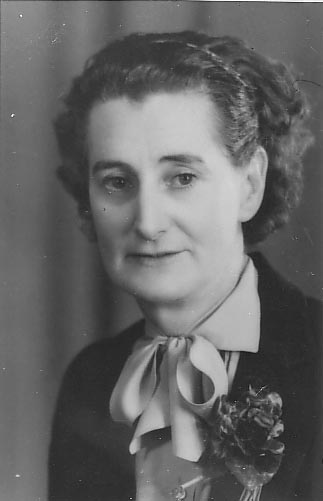 Devanny was also a prolific author. She published around 20 books (both fiction and non-fiction), as well as many short stories and articles. Some of her novels were controversial because they were considered by the standards of the day to be too explicit, even ‘indecent’. Her 1926 novel The Butcher Shop was banned in Australia for many years.

Devanny saw her novels as a tool to convey her political views and one of her main concerns was the position of women (in society). Devanny’s theme in The Butcher Shop highlighted the economic and sexual inequality of women within marriage. She believed only a socialist state could offer true independence for women. Another of her novels – Sugar Heaven (published in 1936) – looked at the role of women during a labour strike in the sugar-cane fields of North Queensland.

Devanny was extremely active in literary circles and was a friend and correspondent of writer and political activist, Miles Franklin. Franklin (whose best-known work was the book My Brilliant Career), left an endowment that provided for an annual literary award – the prestigious Miles Franklin Award. Other literary friends included Katharine Susannah Prichard, Marjorie Barnard, Mary Gilmore, and Nettie Palmer.

Before settling in Townsville in 1950, Devanny had spent time living and working in north Queensland (particularly in and around the Cairns area) at various times in the 1930s and 1940s, and had developed a friendship with Cairns doctor and naturalist – Hugo Flecker – who introduced her to the North Queensland Naturalists’ Club. She spent some time living on Green Island in a makeshift camp, investigating the flora and fauna of the Great Barrier Reef. And in late 1944, Devanny accompanied Flecker, and ornithologist Stanley White, on a three-day trip to Woody Island, off Port Douglas, to observe the abundant bird life. (As an aside, the scientific name for the box jellyfish – Chironex fleckeri – was named after Flecker, and the Flecker Botanic Gardens, in Cairns, also bears his name.)

James Cook University Library holds the Jean Devanny Archive. Donated to the library in 1969 by Devanny’s daughter, the archive contains personal letters and papers, lectures and speech notes. It also includes an unpublished, typewritten manuscript by Devanny, entitled ‘Life on a Barrier Reef Island’ or ‘Island Interlude’. It was written in the 1950s, when Devanny spent some time living on Magnetic Island. (She spent several months in 1950 and 1951 there.) It’s essentially a memoir, in which she vividly describes Island life – the rugged landscape, the diverse vegetation, the wildlife, and the people she befriends.

The manuscript is different to her other books because Devanny writes so joyfully about the Island, and of the people she encountered. Perhaps it’s her description of place that makes this manuscript so fascinating. When she first set foot on the island, she was struck by the ‘massive blocks of jagged granite, plinth-like, rounded or squarish, many of them certainly hundreds of tons in weight’, piled high, one on top of the other.

But even more thrilling to Devanny, than the ‘magnificence of rock formation’ and the ‘lavishness of vegetation’, was the abundance of bird life. She wrote:

Currawongs, sulphur-crested cockatoos, friar birds and peewits, united in cacophonous cawing, screeching, guggling, piercing, piping and whistling… The eye took in dozens of them in one sweep.

Whereas Devanny’s published books (her novels at least) are full of conflict and angst, and she herself was described as fiery and agitational, ‘Life on a Barrier Reef Island’ or ‘Island Interlude’, celebrates the sheer pleasure she found in the gloriously abundant natural setting of Magnetic Island.

Jean Devanny died in Townsville in 1962.