The youngest of ten children, Elsie Idrea Lambton, was a professional photographer who ran her own studio in Townsville in the 1920s. Trained by the photographer Ada Driver at the Ada Driver Studios in Brisbane, in 1921 Elsie opened a studio in Townsville after working for W. J. Laurie, taking over a studio in the Municipal Buildings in Flinders Street. In 1923 she opened the Elsie Lambton Studio and advertised her specialisation in “the very latest in portraiture”. By 1927 she had opened another studio, The Townsville City Studio, in the new City Buildings, with the photographer Jack Biehl. As well as being a talented “artistic” photographer, Elsie was an accomplished violinist and organist. In 1937 she married the Revd. Canon J.A. Cue. 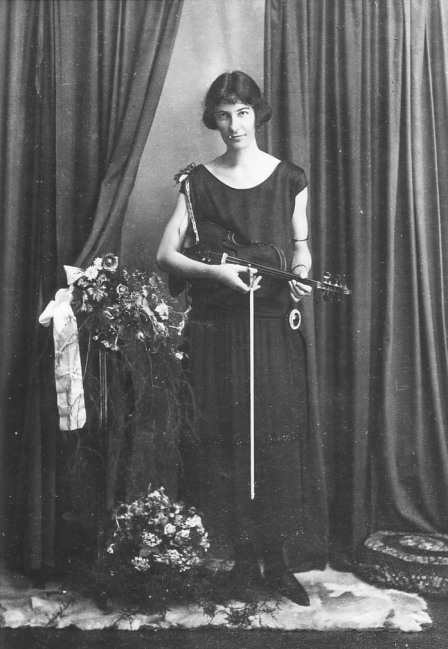 Elsie’s older sister, Edith Mary Lambton, trained as a nurse at the Charters Towers District Hospital, and later trained as a midwife in Sydney. When she returned to Charters Towers she worked as a private midwife from her home in Mary Street for several years before setting up a private hospital in Townsville.

In 1903 Edith was working at the Charters Towers District Hospital when an outbreak of typhoid fever struck the city. In February, there were more than 50 typhoid patients at the hospital, and by April many of the nurses had fallen ill too. Of the 22 nurses on staff, seven of those were away due to sickness. Nurse Lambton contracted typhoid fever while nursing patients at the hospital and became seriously ill. When her condition deteriorated to critical, there were fears for her life, but by late May she had recovered enough to be able to go home.

Around 1914, Edith set up St. Monica’s Private Hospital at the corner of Oxley Street and The Strand in Townsville. As Matron Lambton, she appears to have run St. Monica’s in conjunction with two other private midwives – sisters Kath Terry and Lillian Terry. Edith retired from nursing after her marriage to Cecil Homan in Townsville in 1916.

Another sister, Nellie Doriel Lambton, was also a trained nurse. She trained at the Townsville General Hospital, successfully completing an examination there in 1918. The following year Nellie married Doctor Anton Breinl, the Director of the Australian Institute of Tropical Medicine. During the First World War, Breinl also served as the Superintendent of the Townsville Hospital. Nellie and Anton are said to have met through a shared love of music. Nellie was an excellent pianist who often accompanied Anton, a gifted violinist. There were three sons from the marriage and two went on to become doctors.